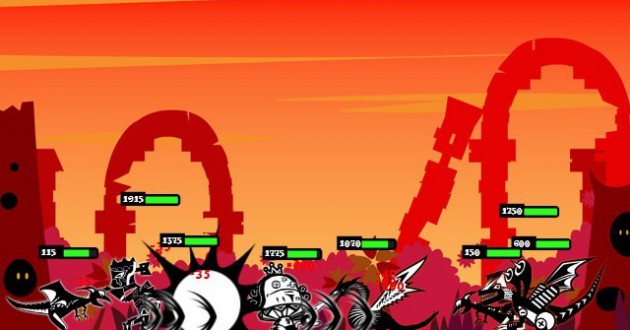 Pocket Creature is a Defense-Game progeny of the Tower Defense Game NT Creatures. The game pace is relatively high and above all, not too many clicks are necessary. Your task is to equip sour squad members, leveling up your own folks and form a team. You control up to four monster with which you go to war. Nice Defense Game for a lunch break.

At first, you build up your team by buying creatures and line them up. Afterwards, you are versed to play different missions. While the battle is running you can not influence anything anymore, but on the other hand you earn your money with those missions. You can either spend your money on feeding your creatures and upgrade them herewith or you can buy new ones with it and train them next to that.

Apart from regular missions there are additional tasks which you can clinch in order to save up more cash. Already beaten teams are willing to be smacked up once again for half the initial reward. After you have mastered the last regular mission you'll receive a final rating and unlock the infinity level. In here, your job is to survive five minutes at least, but even I haven't managed to succeed in here myself. Of course, you can just play around and try to unlock all sorts of creeps in order to create your perfect team.

Fast paced and and not too intensive on the mouse. Creatures are rendered well and it's a real joyful and entertaining disport. Great offshoot, enjoyable Defense Game. Unfortunately, it is all done after a few minutes but of course you still have the chance to play the main game and try your best in there. In total, Pocket Creature is hardly earth-shattering but at least it is a game worth to fiddle with.
20 more missions would have been great

If you enjoyed playing Pocket Creature, please take the time to click the "Like" Button below. We use the Facebook Likes to generate our Game-Charts and the more Likes a game got, the higher it ranks.