The Keeper of 4 Elements 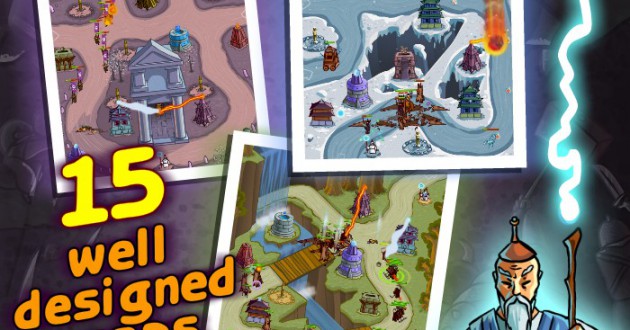 Description of The Keeper of 4 Elements

At Keeper of 4 Elements the player is a sorcerer who needs the defend his land against incoming waves of monsters. Equiped with 4 different kind of towers and 4 magic spells the player needs to win the fight. Assisted with the power of all four elements the sorcerer walks his way through a fantastic world. Every map can be played in 3 different difficulty levels. And it makes definitely makes sense to play every one of them, as the harder levels provide more points for upgrades. Enjoy your travels through this wonderful game!

Instructions for "Keeper of the 4 Elements"

The controls are the classic Tower Defense ones. Monsters will walk on preset paths. Along the paths you place your Defense Towers. At the beginning of a match its quite irrelevant what kind of tower you build, as they specialize through the game. At the end of the path your sorcerer awaits creeps which made it through the towers and will attack them with his magical skills.

If you survive a map you will be awarded with stars (depending on the difficulty level). Those upgrades are enormously important and without them you won't make it until the end of the game. Some maps require a good tactic - but you if you fail you can retry as long as you want.

The interaction of the different kind of towers will unleash enormous power. With the upgrades you can select between areal damage, freezing, slowdowns and fire attacks. The highest upgrade level is 5. 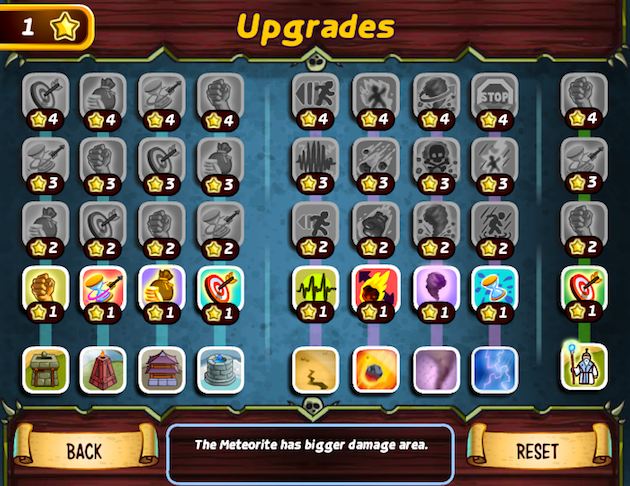 After an initial orientation you should find easily into the gameplay, so we save words on that :).

Conclusion on "The Keeper of 4 Elements"

The graphics are quite good and the sound is acceptable. The challenging level-system and gameplay provide a unique charm. But it's kind of a dealbreaker that the difficulty doesn't really increase that much as one might expect. After figuring out the optimal setup for a map you can easily use it for each of the 3 difficulty levels. So you find yourself playing the same map in exactly the same way for 3 times. It would be great if the sequel would be more challenging at this point.

Bottomline: The Keeper of 4 Elements is a very solid Tower Defense Game and we recommend playing it!

The difference between Easy and Hard is too marginal!

If you enjoyed playing The Keeper of 4 Elements, please take the time to click the "Like" Button below. We use the Facebook Likes to generate our Game-Charts and the more Likes a game got, the higher it ranks.

Comments on The Keeper of 4 Elements